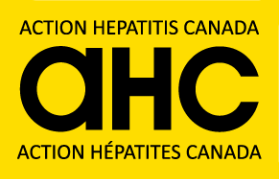 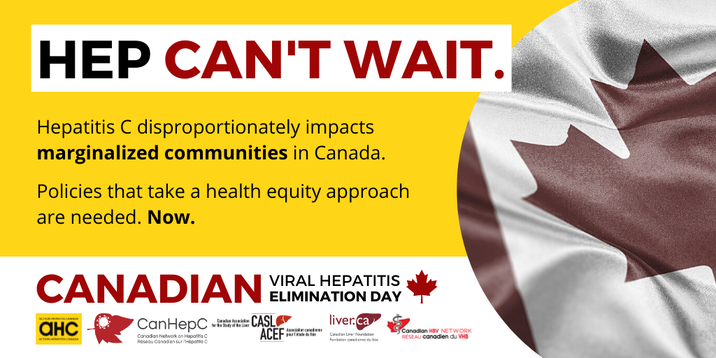 On Wednesday, May 11, 2022, Action Hepatitis Canada was joined by CanHepC, CanHepB, the Canadian Liver Foundation, and the Canadian Association for the Study of the Liver to mark the inaugural
​Canadian Viral Hepatitis Elimination Day in Ottawa.

Thank you to our many members and allies who helped amplify our call for the federal government, as well as each province and territory, to bring urgency to eliminating viral hepatitis as a public health threat in Canada by 2030. 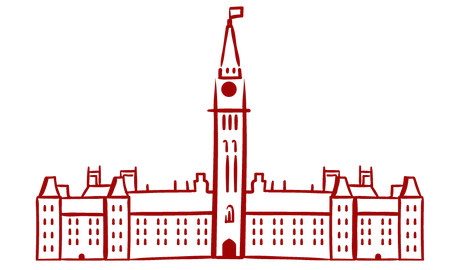 In 2016, Canada made an international commitment to eliminate viral hepatitis as a public health threat by 2030. While much of this work falls to the provinces and territories, there are five key things the federal government can do now.

1. Planning
A federal STBBI Action Plan was launched in July 2019, but it includes no targets, no concrete actions, and no timelines. It is not an elimination plan.
Set strategies, targets, and indicators in consultation with priority populations and using a health equity lens, to measure progress in elimination of viral hepatitis in the jurisdictions that are under federal purview: federal prisons, Indigenous peoples, and some newcomers.

3. Testing-to-Treatment Link
Hepatitis C is curable and hepatitis B is treatable. But it takes several appointments to get from an initial screening to starting treatment. This is because point-of-care confirmatory testing technology used in other parts of the world is not yet available in Canada.
Engage manufacturers of point-of-care testing technologies to bring these tests to Canada.

4. Prevention
85% of all new cases of hepatitis C are among people who inject drugs (PWIDs). Clean needles and syringes bring this number down drastically, yet the federal Harm Reduction Fund can support only a fraction of the applications received from community organizations.
Increase funding to support the expansion of harm reduction programs in all Canadian jurisdictions.

5. Data
In order to measure our progress in viral hepatitis elimination, we need good data about how many people have it.
Fund and increase efforts to collect updated hepatitis B and C prevalence estimates for all Canadian provinces and territories. 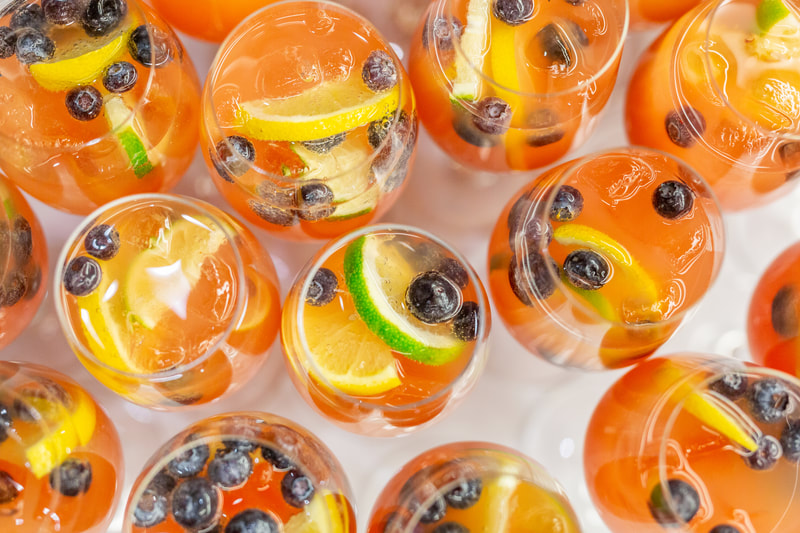 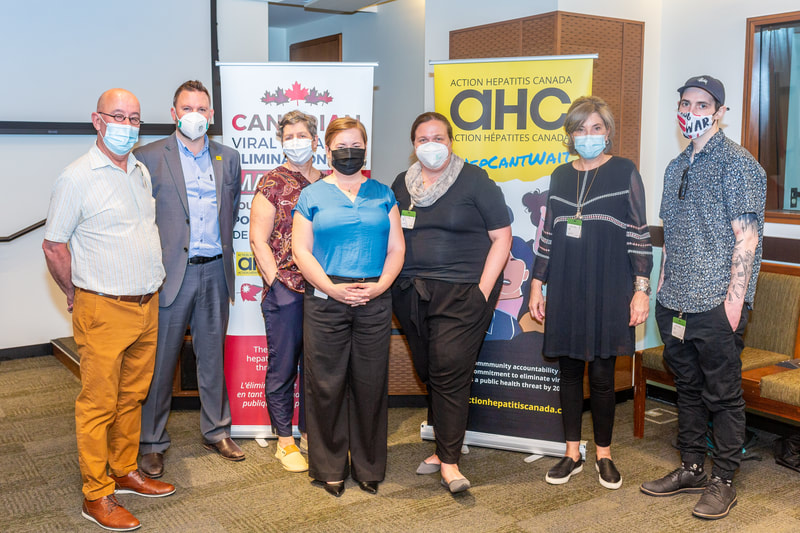 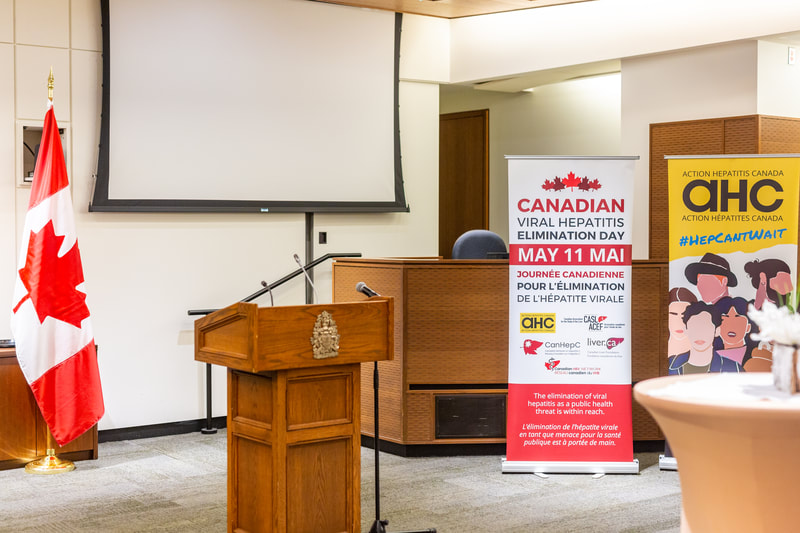 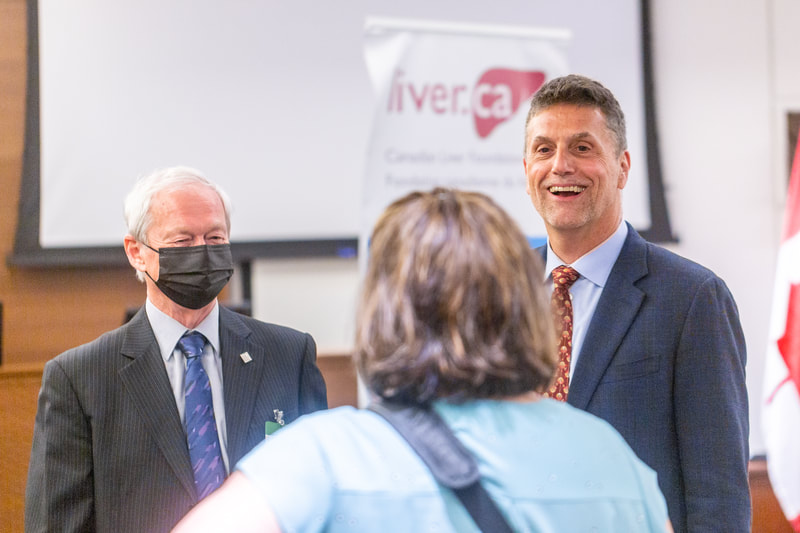 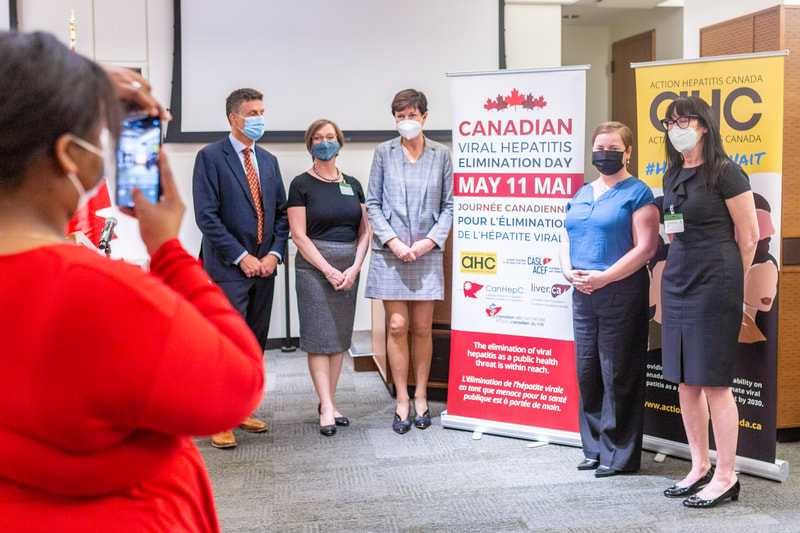 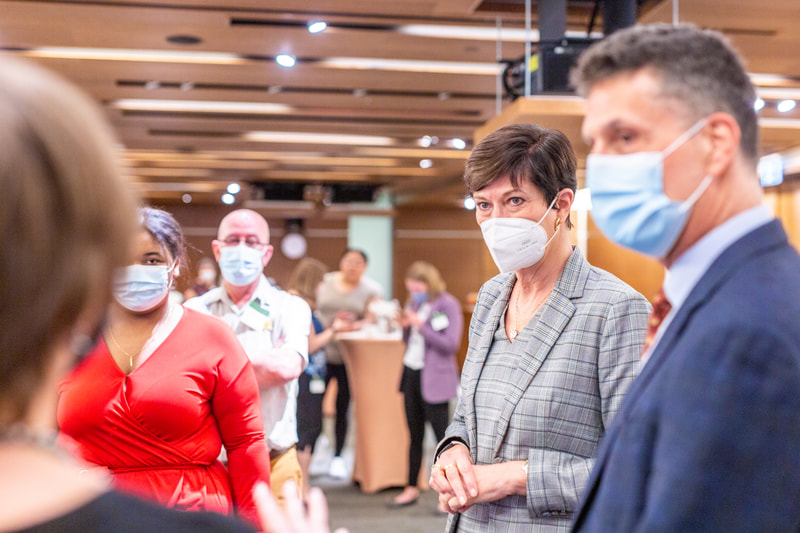 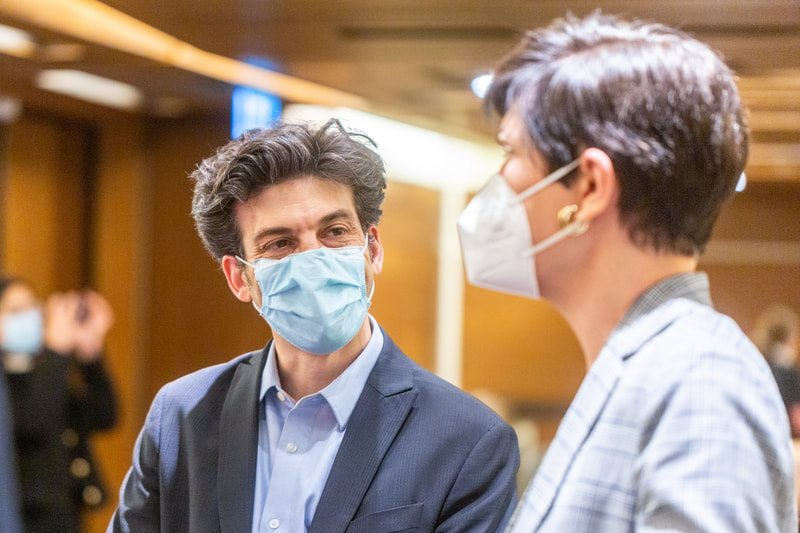 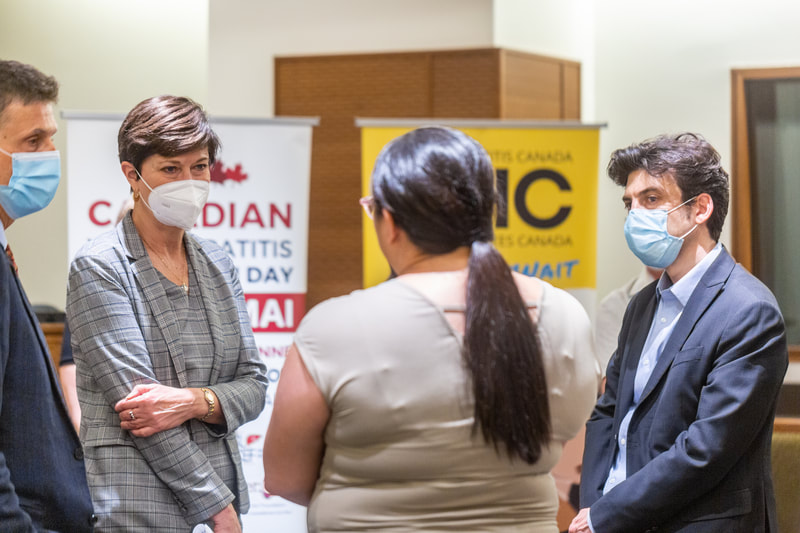 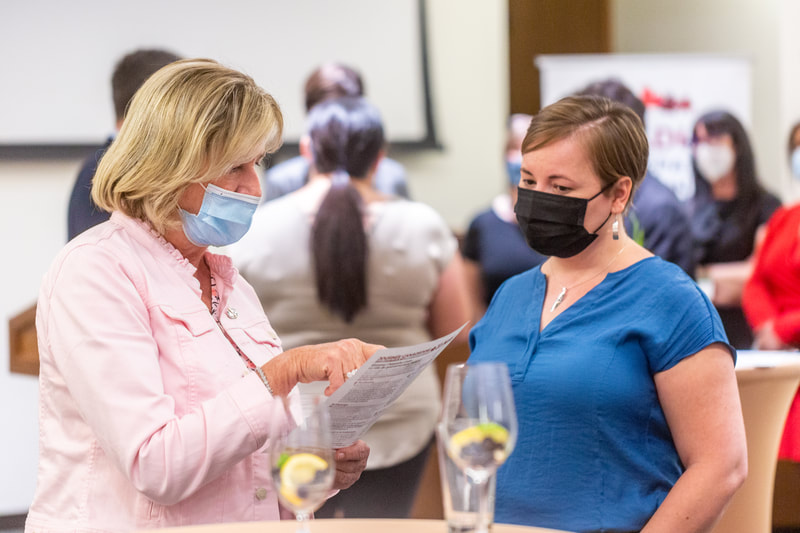 We made a number of good connections during the press conference, meetings, and Parliamentary Reception in Ottawa. Stay tuned in our newsletters for more details as we follow up on these in the coming weeks.